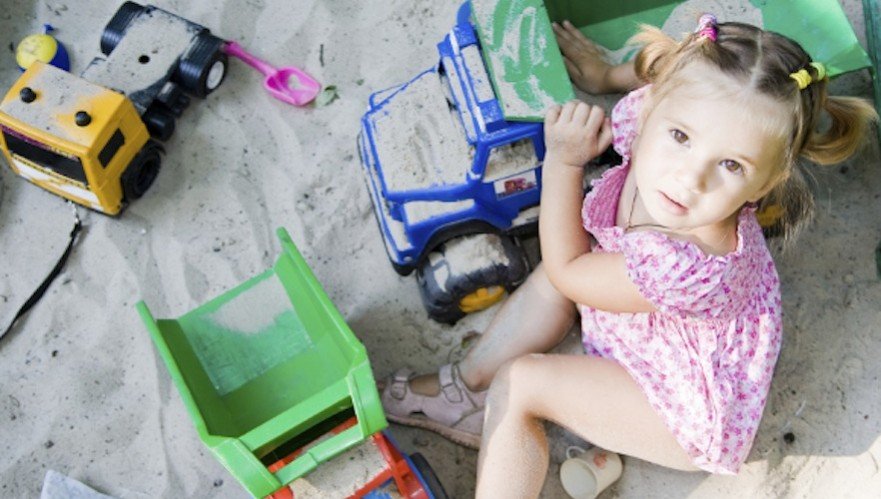 An interview with Stephanie Brill

The fact that the first question out of peoples’ mouths at a child’s birth or during pregnancy is “Is it a boy or a girl?” just lays bare the depth to which our society is structured by gender.  I remember musing when I first had my son that there was really no way to determine what was nature vs. nurture in terms of gender identity, since from day one  even his onesies were influencing him!  The cowboy onesies, the truck onesies, the spaceship onesies — not one flowery pink onesie in the bunch.  So yes, no doubt, boys and girls are naturally different – but our ideas about what it means to be a boy or a girl are inextricably shaped from birth.  But what about kids who really veer from these constructed gender “norms”?  The boys who love nail polish or the girls who only want to play with trucks?  What’s happening for these children and how can parents figure out how to help them flourish within the gendered expectations of our world?  We turned to gender expert Stephanie Brill, renowned author and expert in child development and gender variance, to address these questions about gender identity in children.  — Sam Kurtzman-Counter, TMC Exec VP

Gender seems so tightly structured for kids in the 3-6 age group, so why is it that some little boys want to play with dolls or little girls with trucks? Is it nature, nurture, or unknown?

First, it’s important for parents to understand what gender identity is–and what it isn’t. Gender identity is our internal, innate sense of being male or female or, for some children, feeling like a blend of both. Other human traits are like this, too. For example, most people are right-handed, but some are left-handed, and some are both. For most of us, how we feel on the inside matches our body on the outside, but this is not true for everyone.

As much as we like to label dolls as “girls’ toys” or trucks as something only boys play with, developmentally, what a child likes to play with is truly just a personal preference. Some young children like to express their imaginative play through dress up and dolls. Some children prefer trains and cars. Some prefer art. Still others prefer to keep their bodies in motion using tricycles, balls, slides, and swings.

The problem, and really, the confusion for parents, comes when a child’s personal preferences clash with the very strict gender expectations we, as a society, have written into our own gender rulebook. From birth, we hold boys and girls in our arms differently. We react to their crying differently. We buy them different toys. We cut their hair differently. We surround them with different colors. As they age, we react to their choices of toys differently and we let them know repeatedly what is expected of them simply based on their sex. Think about it, you can’t even buy a toothbrush for a child without noticing the gendered marketing strategies at play!

We need to remember that gender expectations are simply stereotypes. When a child wants to play with a doll or a truck, or wants to get dirty, or prefers to stay meticulously clean, let’s accept the challenge of not looking at the child’s actions or desire through the lens of gender. Allowing children the freedom to play and express themselves without the overlay of ‘gender’ will allow them to simply be a child and to do the work of childhood: play.

How common is it for young children to explore different gender roles?

If given a choice to express themselves without the repercussions of gender expectations, we actually find that most children are very free and varied in their self-expressions. It is the nature of children to explore and be creative. Nonetheless, since our society regulates gender so fully in young children–even young children themselves have learned to stifle their behaviors and even “police” their peers.

What’s interesting is that things have changed somewhat for girls. Female gender roles expanded with the women’s liberation movement, allowing young girls more freedom with their clothes and play styles. Think about it, no one bats an eye if little girls (or women) wear pants, but this would not have been the case a century ago. Even “tomboys” are understood and generally accepted. At least until puberty.

Unfortunately, boys have not benefited from such a movement. For example, many boys who prefer quiet imaginative play are ridiculed or demeaned for their preferences. The ridicule implies that they are somehow not “manly” enough. Unfortunately, we can also see the roots of homophobia in this type of feedback for boys.

When a child begins to experiment with gender, what can parents say and do to positively support the child’s continued emotional and social development?

Research shows that is is very important to not require your child to assimilate or to put pressure on them to “just be normal”, even if you think that doing so will protect them in some way.  The love and support of parents is the single most important factor in determining the long-term health and well being of children who do not express themselves in ways that are most commonly expected.

As a family, review some basic facts: colors are colors, toys are toys, clothes are clothes, hair is hair and each person is entitled to express their individuality and personal preferences to the extent that it does not hurt anyone else. Come up with some new family ground rules: We do not tolerate any ridicule, teasing or negative language directed towards others for how they dress, act, or look or for what they believe. We honor everyone’s choice to express themselves. We do not model negative behaviors ourselves and we self-correct if we lapse into judgment.

It is up to us, to each family, to instill the values for the future. This kind of value system allows for gender exploration for your own children and acceptance of others they encounter who do not fit in to the expectations your child may have for ‘normal’.

A boy who likes to wear a tutu when he plays at home is one thing, but what about at school? Should parents advocate for their child to express his or her opposite gender preferences at school, even if it means being the possible target of teasing or bullying? How can parents strike a balance?

Children should be free to express themselves in the ways that are most comfortable and natural for them. However, we also recognize that every parent wants nothing more than to keep their children safe. So how do we support and love our children in their self-expression and reduce the likelihood of negative reactions?

At Gender Spectrum, we’ve worked with so many teachers, schools and children that I feel comfortable vouching for the fact that today’s kids are ready for changes in how we see gender. All it takes is education and guidelines. The education piece requires age-appropriate discussions of stereotypes and gender. It is not political. There is no agenda other than opening a door for greater acceptance of one another. Kids of all ages are receptive to and ready for these conversations. This can be done internally at the school or the school can have specialists like Gender Spectrum come to the school for training. We have found the most effective model is to train the teachers who work with the kids directly. Open honest conversations about sexism and stereotypes can be discussed age appropriately beginning in preschool.

From there our guidelines are simple and they work: If we honor and respect one another we can all get along. It all boils down to kindness and respect. Educators then model openness and receptivity to behaviors that step outside traditional gender expectations. Teachers gently, but firmly redirect any teasing and ridicule while reaffirming kindness and respect and acceptance of each person who they are and how they like to play. It really is the same as with any other area of bias or prejudice–if a school sets a zero tolerance policy, and upholds their policy, the children quickly learn.

What kind of behavior signals a deeper questioning of gender identity? Can a child be transgender?

For a small population of children, self-expression is not purely an expression of personal play preference, but rather a communication of a gender identity. Transgender children strongly identify as the other gender, often from age two or three. Because we usually don’t talk about transgenderism with children, young kids who are transgender lack basic information about who they are, and struggle with the feeling that they were born in the wrong body.

There is no exact code for identifying a transgender child, but a young child who is transgender often corrects a person for referencing their gender, saying “ I am not a girl” or “ I am really a boy”. They may want to change their name to reflect their inner sense of who they are and ask you to call them a name that is used in the other sex. They may insist that they have the wrong genitals. They may ask you, or try themselves, to alter their genitals. They may try to do the things that they see people of the “other sex” doing. A girl who feels like she is a boy may insist on always urinating standing up. One of the hallmark signs of a transgender child is the repeated attempts to communicate to others that they are not the gender who others think that they are.

Certainly this can, and often does, show up in their imaginative play, their preference for clothes and hair and toys as well. But these forms of self-expression alone do not indicate a person is transgender. Expressions of gender identity outside of the realm of play, with insistence that they are not who you perceive them to be, gives a more common picture of the young transgender child. Also, even in the 3-6 year old range, a young transgender child may express symptoms of depression and anger, usually surrounding gender corrections given by adults.

The most important thing a parent can do to promote a transgender child’s wellbeing is to love and accept them. This means allowing them to live in ways that make them happy–just as you would any other child. For example, let your transgender child play with the toys they enjoy and have the hairstyle they are most comfortable with. Supporting your transgender child is not always easy, but research shows that parental love and support help transgender people live happier and healthier lives.

Stephanie Brill is the Executive Director of Gender Spectrum, a featured speaker and trainer on issues of the developmental stages of gender variance in children, and regularly leads gender diversity trainings for public and private schools across the country. Stephanie is also the co-author of The Transgender Child: A Handbook for Families and Professionals.

The Mother Company aims to support parents and their children, providing thought-provoking web content and products based in social and emotional learning for children ages 3-6. Check out the first episode of our DVD series, “Ruby’s Studio: The Feelings Show” teaching children how to express their feelings. We want to be a parenting tool for you!