What Prop 8 Meant to My Family 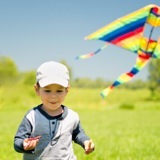 We made an appointment to be married on Election Day, November 4, 2008 at 4 p.m., just a few hours before we lost the fundamental right to do so. Within hours, hundreds of gay and lesbian couples would be married at the San Jose courthouse, trying to get in under the wire of the passing of Prop 8 in California.

It wasn’t what you’d call a shotgun wedding, more like a knee-jerk reaction at the sheer thought of losing something I never imagined people would vote to deprive me and my children of.

I was truly put to the test as a parent as I tried to explain Prop 8 to my kids – what was it, what did it mean to California and to our family. The kids, then age six, were surprised to find out my partner and I were not already married – after all, I’d been wearing a wedding ring for years.

I wish I could tell you the whole topic was a big drama in my household, but it wasn’t. Maybe because, despite my deep belief in #MarriageEquality, I’m a Mom, first and foremost. We never had a lawn sign, never attended a rally, never really did or said much to support the “No on 8” political efforts, mostly because I am so vigilant about protecting my kids’ safety and privacy. Like I said, I’m a Mom first.

The day before Election Day 2008, though, I changed my tune. I picked the kids up from school and told them, “I have to do something for myself. I don’t expect you to participate, but I have to stand up for something I believe in.” To this day, my kids both remember the conversation.

I drove from the elementary school pick-up line to the “No on Prop 8” headquarters and asked for signs. I had no idea what I was going to do with them – the election was about to begin – but I knew that I had to do something. I wanted people to see my non-dykeish face, a suburban mommy in a skirt and cute wedges standing with a big fat “NO on 8!” sign. I didn’t really know where to go, so I drove to the train station and stood as kindly and non-confrontationally as I could in front of people as they came off the train, holding my sign.

My kids seemed unfazed, despite watching their mom hanging out with a sign in a train station when I should have been correcting homework and making snacks, per usual. They spent the next hour or so happily playing Nintendo DS, looking up at me every once in a while, smiling. At one point, my daughter wanted to hold the sign. I told her no – I wanted her to stand up for things she believed in, but not without fully understanding the cause.

The whole experience as a parent made me feel confused, though, and I was on pins-and-needles that someone might lash out at me in front of my kids. There is no cause as important as their safety. But despite a few hecklers (one woman told me the kids and I were going to hell), and some who high-fived me, most ignored me. The whole thing was rather unremarkable.

The next morning, after the exit polls started to come in, I called my partner and said, “Hey – unfortunately I think Prop 8 is going to pass, do you think we should get married today?” We agreed we’d better get on it and she moved around a slew of afternoon meetings. We made a quick plan to meet in front of the court at 3:30.

I thought: get a babysitter, call my mom, and call the accountant. Looking back, it’s still the order of my life’s priorities. I didn’t have wedding jitters. I had disappointment. I felt my home state had let me down.

It was the third call that ultimately stopped us in our tracks – the cost of marrying my partner would be up to a $20,000 tax liability and would not be applicable on a Federal level. In other words: it was going to be a very expensive piece of (eventually not legal) paper. What a strange, askew list of considerations I had that day: to “marry” someone I already felt married to because I was soon going to lose the limited legal right to do so, and then realizing what a toll it would take on our family’s future if I chose to do it.

So we didn’t get married.

Instead of being married that day, I went and picked up my kids from school, as usual, and watched Prop 8 pass narrowly in California that night with them cuddled beside me. I was proud to have shown them what it was like to fight for what I believed in, and, in some ways even more proud to show them what it was like not to succeed. Some of the greatest lessons in life.

This morning I woke my kids, tears streaming down my face – I tried to stop the happy tears before telling them, but as soon as I started to speak, my eyes welled up again. “Guess what, babies?” My son, ever the empath in the family guessed: “All the people everywhere can get married.” I smiled at him. Four years had passed, my children were growing up and understanding little-by-little what the world around them looks like.

My daughter bubbled, “Great news, Mommy!” Then she suggested we make both pancakes and waffles to celebrate that both kinds of people could marry. I rolled my eyes and headed to the kitchen – it was a great idea.

Today, I’m moved by the passion of the people who lead us to change. I’m grateful for a fair ruling and hope the outcome lands softly among us all.

Ana Garza is a Bay Area mother of twins, marketing executive and writer. Her work has been featured on NBC, ABC and her blog Garza Girl.

Please share your thoughts/anecdotes/musings about this topic below in the comments section. We love hearing from you!

The Mother Company aims to support parents and their children, providing thought-provoking web content and products based in social and emotional learning for children ages 3-6. Check out episodes of our “Ruby’s Studio” children’s video series, along with our beautiful children’s books, apps, music, handmade dolls, and more.