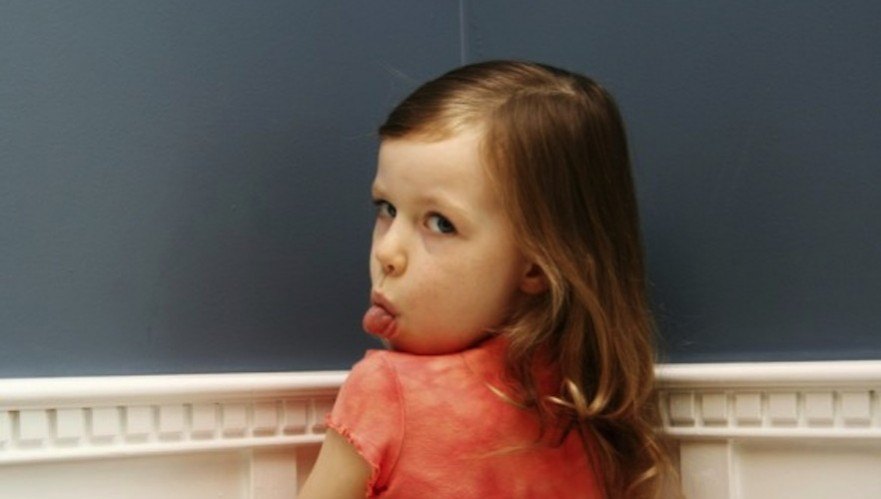 An interview with Betsy Brown Braun

So all of a sudden, my primarily well-mannered 4 year-old boy has developed the potty mouth of the century.   His vocabulary is totally toilet obsessed: bowels, gas and buns all day long.  Over and over.  Every other word, like a broken record!   I was greeted at the door yesterday with the welcoming: “Hi mama, I’m going to fart in your face!!”  Ahhhh home sweet home.

All Jack’s friends in school are doing it.  I’ve heard the other moms complaining, witnessed the gigantic bursts of gas-inspired laughter in the back corner of the preschool classroom.  I know this is completely normal.  But it’s reached the tipping point and I can’t take it anymore!

Who better to ask than Betsy Brown Braun, whose excellent books “Just Tell Me What To Say” and the newly released “You’re Not The Boss of Me” deal with just these kinds of parenting challenges in her signature no-nonsense fashion. — Sam Kurtzman-Counter, President, TMC

Skc: Ok, Betsy – it seems like every other word out of Jack’s mouth these days is potty related.  Not 10 minutes goes by without some mention of rear ends and what they do best.  What should I do?  I don’t want to give it too much weight and perpetuate the problem with negative attention, but it’s really gotten out of hand at this point, especially in public places. What’s the best approach?

BBB:  If Jack is around 4 years old, then he is right on target for potty mouth, or toilet talk (for polite company).

Most kids, (mainly boys), dabble in toilet talk. It is so within the range of normal.  “Pass the pee-pee juice” at the snack table.  “Ok. Whatever you say, tushie.” Both followed by howls of laughter!  It is interesting that it seems to coincide with having recently mastered toilet skills. They are just far enough away from it, to joke about it… Big, tough, accomplished toilet users that they are!   Those things that provide the most challenge for people are often the subject of later humor, you will note! Think about comedians and what they talk about, right?!

You are correct not to give it too much attention. The more you give, the more you will get. Funny how that happens!  But when enough is enough, it’s time to have “the talk.”  At a non-loaded moment, non-finger wagging time, get down on his level and say the following:

“I know you really like to say words like pee-pee, poopy, and tushie.  [Say them all. He’ll go out of his mind hearing YOU say them.]  Lots of kids your age like to say those words. But here’s the thing of it: those are not words that grown-ups like to say or to hear. And grown-ups don’t like to be around kids who talk that way. So, if you want to use those words, you can…  You may use them with your friends or in your room or somewhere I don’t have to hear them.”

And when you are out in public and he lets loose with a “let’s buy poo-poo Cheerios” get down on his level and remind him of what you said.  If he blows you off and it doesn’t seem to have sunk in, be sure to go to the market without him shortly thereafter, telling him that you are going alone, as the market is a place where there are grown-ups, and it doesn’t seem that he has learned to control his use of toilet words yet.

Skc: What do you think of the “bathroom words belong in the bathroom” approach?

BBB: I am not fond of that phrase because it sounds like a warning or admonition.  I don’t think children should feel bad for using potty talk. That phrase sounds like they are being banished. Children need to know that certain language is okay with certain people…  And in certain places. I don’t know a whole lot of people who hang out in the bathroom. On the other hand, I have heard tales of kids who, after having been told that very phrase, run into the bathroom and start shouting, “Poo-poo. Tushie. Pee-pee” at the top of their lungs.  It is however, better than not allowing it at all. I guess it has more to do with how the direction is delivered… So, in a kind of matter-of-fact voice, you say, “oh, those are bathroom words and you can use them in the bathroom. Please, be my guest!”

Skc: But really, it’s making me insane!  And it’s so incredibly embarrassing.   I know I shouldn’t make a big deal out of it, but I’m finding that really hard.  Mostly because he’s such a broken record about it – it truly seems like he can’t stop himself at this point.  How can I help him get into another groove?

BBB: Okay, Sam. This sounds like it is too much about you. And while you say you are trying to act like it is no big deal, you are clearly giving the message that it is! That is fuel enough for the potty mouth prince.

If you must bring out the big gun, here is what I would suggest. When he lets loose with a toilet whopper, give him “the look.” (You know the one. It’s the one that says “are you kidding me?”)and then turn and walk away. Leave him standing there. (If you are in the grocery store, certainly don’t abandon him, but turn your back and give a strong “I am ignoring you” message.) At home, just walk into another room. Maybe even close the door…  Take the baby with you!  Then later, do a clear, firm revisit:  “I want to make sure you understand the deal with toilet talk. Grownups do not want to hear it. Save it for your private time, your room, your friends. But I do not want to hear it. Do you copy, Red Rider???”  And say it in a voice that says you mean it.

And if you need the really really REALLY big gun, later in the day, you can tell him you are going out, taking the baby etc., but you are not taking him. You are leaving him home with the sitter because he hasn’t learned to stop himself from using potty talk in public places. You have to be able to trust that he won’t. That’ll do it!

Sam, if you are clear, calm, cool, and firm… I promise it will dissipate.  This isn’t about you. It’s about typical development.

OK, a little tough love from BBB.  I can take it.  She’s right – it is about me!  I’m the one who is super embarrassed about the whole thing, like it’s a reflection on my parenting.  I’m going to try the “I know your friends think it’s super hilarious when you say ____ but grown-ups don’t really want to hear it” and see what happens.  (Of course, the worst part is that honestly I think it’s super hilarious too, most of the time…)

What do you do in your family?  I really want to know what’s worked for you.  Comment and share!  And I’ll keep you posted on what happens at potty central over here…

Click here for more info about Betsy Brown Braun, her consultations, and books (must haves for your parenting survival library.)