Mondays with the Mamas: Accepting My Dad’s Limitations 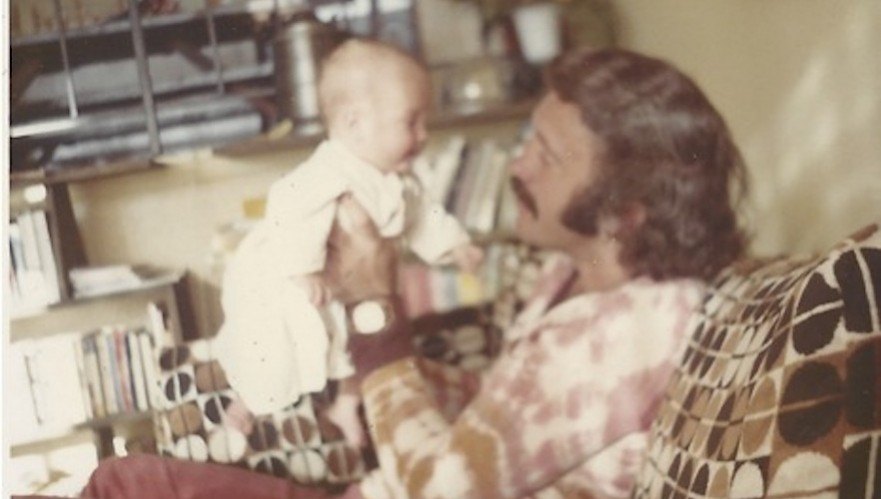 I always had a very complicated relationship with my dad.  There were many reasons for that, but in the deepest way, I just never felt like I got enough emotionally from him.  I tried (and tried, and tried, and tried):  one Christmas when I was about 14 years old I wrote him a card instead of giving him a present.  In it, I told him that year I was giving him “me” – that all I hoped for was for him to see I was there, that I was his daughter, and that what I really wanted for Christmas was to feel a true, deep connection with him.  But somehow that holiday season remained filled with the usual eggnog and nutcrackers and snowball cookies – and tears on Christmas morning when I went back to my mom’s house.  And man, did I continue to seek that connection with my dad for SO many years.  And man, did I feel disappointed year after year. Until – I made a realization:  my dad didn’t have the tools to show me love in the way I wanted him to, but that didn’t mean he didn’t feel it.  I think my dad felt more love for me and my brother than anyone else in his entire life.  I saw that love in the little moments:  the quick arm around my shoulder now and then, the pride in his eyes at turning points in my life, the tenderness when he held my son the day he was born.  And once I realized he was actually loving me the best he could – and how his way of showing it would likely never change – I got to put the energy I was expending wishing for more from him, into actually enjoying the time we had together, however limited it might have been. My father finally gave me that gift a week or so before he passed away, a few years ago.  He’d been very sick and in the hospital, and I asked him to come stay with us for a while.  He was weak and spent most of the time on the couch, watching “Curious George” with my son.  I fed him matzo-ball soup and watched his strength slowly return.   It was only a few days, but in the act of caring for him – and him allowing me to do so – I finally found the connection I’d been seeking all along.  He softened.  Not a lot of talking, not a lot of emoting.  But we were truly together.  At the end of his stay he still didn’t say much, but he uncharacteristically wrote me a thank you note after he left.   He signed it, “I will love you FOREVER.”  And there is no doubt in my mind that he will.