Talking about Death with Your Kids 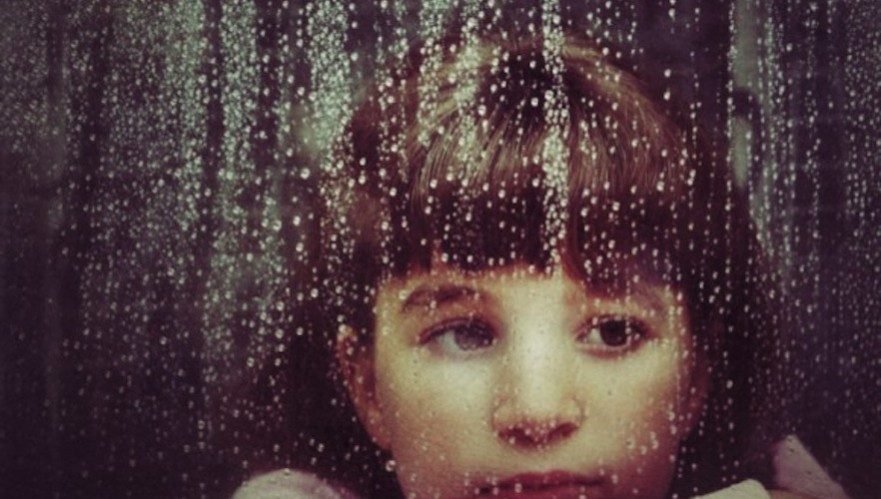 When my dear next door neighbor died, my 4 year old got intensely curious about death. He dissected the concept by pounding me with all kinds of questions. The interrogation lasted for weeks. What happened to Bob? Where did he go? How did he die? What happens when you die? He wanted to know if I would die, if he would die. For many, answering our little one’s questions about such a potent topic seems daunting. How do we answer without overwhelming them, confusing them, scaring them? While of course parents will differ about what happens after we die, Donna L. Schuurman, EdD, FT, Executive Director, and Jana DeCristofaro, LCSW, Coordinator of Children’s Grief Services at The Dougy Center for Grieving Children & Families, gently break down the who, what, where, why and whens that would fulfill even the most dogged of investigators. — Laurel Moglen, TMC, Web Content Producer

What is the best way to approach discussing the death of a loved one with a 3-6 year old?

While it can be tempting to avoid talking about death with young children, it’s important to tell the truth about what happened and honestly answer their questions. We recommend using age appropriate language that is clear, concise, and body-centered. Since younger children tend to be very concrete in their thinking, avoid using euphemisms such as “We lost Daddy,” “He went to sleep,” or “Mommy passed,” as they can be confusing. Here’s an example of one way to talk about death: “I have some sad news. Mommy died. Her heart stopped working and the doctors weren’t able to fix it. This means she can’t sleep or eat or play anymore. We also won’t see her, but we can look at pictures and remember her.” It is also helpful to reassure children that it is not their fault that the person died. Young children can sometimes worry that their behavior somehow caused the death, saying “Mommy died because I didn’t tell her I loved her,” or “I yelled at Daddy and that made him die.” You can reflect these fears back to your children while also reminding them that the person died because their body stopped working and not because of anything anyone did or said.

Should there be a difference in approach for 3-4 vs 5-6 year olds?

While a child’s response may be different depending on age, developmental level, and other factors, the adult’s approach should remain the same: clear, concise, tangible explanations. As a parent, be prepared for a child’s questions and his capacity to understand what has happened to vary. In our experience, the majority of 3-4 year olds are unable to fully comprehend the permanence of death and may repeatedly ask, “When is Daddy coming home?” while 5-6 year olds who are beginning to understand the concept may ask, “So, Daddy’s really not coming home? As in never, ever?”

How can parents/caregivers help children understand what death means?

Explaining death in concrete and easy to understand language is one way to help children understand a concept that is quite abstract. Young children struggle with grasping the permanence, universality, and irreversible nature of death. They may need you to explain what happened over and over again as their minds work to understand what has occurred. It’s not uncommon for a young child to say, “I know Daddy died, but will he be back for dinner?” For parents, it can be overwhelming to have to repeat the story so many times, but doing so is helpful as children learn from the repetition. In this, it’s important for them to hear the same story with the same words from all the adults in their lives. The consistency goes a long way to diminish confusion and keeps them from having to take in even more information. Here’s an example: “Daddy got hit by a car and his body got broken and the doctors couldn’t fix him up. He died. When someone dies, their body doesn’t work anymore: they can’t talk, or eat, or poop.” It can also be helpful to share where you believe the person is now: “When a person dies, they…”

What is the best way to enable and support the grieving process for a young child?

There are numerous ways to support children’s mental, emotional, and physical responses to grief. Here are some suggestions:

How can parents/caregivers assuage their child’s fears about their own mortality and the deaths of others they love?

While it is tempting to assuage a child’s fears by saying, “I promise I won’t die,” children who have had someone die know on some level that it’s a promise you can’t keep. Instead, you can say, “I’m planning on living for a very long time. I take good care of my body, I go to the doctor when I need to, and I will do all that I can to stay healthy.” You can reassure children about their own mortality with similar statements. For many children who have had a parent die, they are extremely concerned with who will take care of them if something happened to their other parent/caregiver. It’s useful to make a plan for who will be there for them if you were to die and to share that plan with your child.

Often young children who have experienced death seem to become somewhat obsessed with it, talking about it a lot, repeatedly asking the same questions, etc. What’s the best way to react to a preoccupation with death?

Children learn and make sense of their lives by asking questions. It can be tempting to think if we avoid hard questions, they will stop asking them. While they might stop asking, they won’t stop thinking or being curious. By answering children’s questions about death and grief, we let them know we are safe people to talk to who care about helping them to understand. Sometimes you won’t know the answer to a question and it is okay to say, “I don’t know,” or, “I will try to find out.” Children will ask all kinds of questions, from something as simple as, “Will my mom be buried?” to, “Where do people go when they die?” It can be helpful to ask children what they think before answering as this gives them the opportunity to share their ideas and wonderings without worrying about having the right answer. Keep in mind that what might appear as a preoccupation with death is often children working through integrating a new idea that is abstract and difficult to grasp. Just as adults often ruminate about events that have occurred, children are seeking to understand how someone can be here one day and gone the next.

What do you consider a healthy relationship to death to be for a small child?

A healthy relationship to death comes from having clear, honest information delivered in a neutral way. By doing this, you provide children with a solid foundation from which to formulate their own thoughts and reactions, separate from the stigma and judgment that often comes from other people. Young children especially are particularly able to talk about the death of a parent without the shame or fear of burdening others that older children and adults often carry. Being honest and open with children does much to limit the fears that they in some way contributed to the death. This is also a good first step in helping children regain a sense of trust and safety in the world. Being able to remember, and to maintain positive memories (or build them if the child was too young to remember) of someone who has died is also important.

Donna L. Schuurman, EdD, FT is Executive Director of The Dougy Center for Grieving Children & Families, where she has served in various roles since 1986. She writes and trains internationally on children’s bereavement issues, and authored Never the Same: Coming to Terms with the Death of a Parent. Dr. Schuurman served as President of the Board of Directors for the Association for Death Education & Counseling, and in 2003 received their Annual Service Award. She is a member of the International Work Group on Death, Dying, and Bereavement, and a founding board member of The National Alliance for Grieving Children.

Jana DeCristofaro, LCSW has worked as the Coordinator for Children’s Grief Services at The Dougy Center for Grieving Children since 2002. In this role she facilitates peer support groups for children and teens that have experienced the death of a parent, sibling, caregiver, or close friend. In addition to facilitating groups, Jana provides consultation, training, and outreach to professionals and community members working to support grieving children.

The Mother Company aims to support parents and their children, providing thought-provoking web content and products based in social and emotional learning for children ages 3-6. Check out the first episode of our children’s series, “Ruby’s Studio: The Feeling Show,” along with our beautiful children’s books, music, handmade dolls, and more.  We want to be a truly helpful parenting tool… For you!