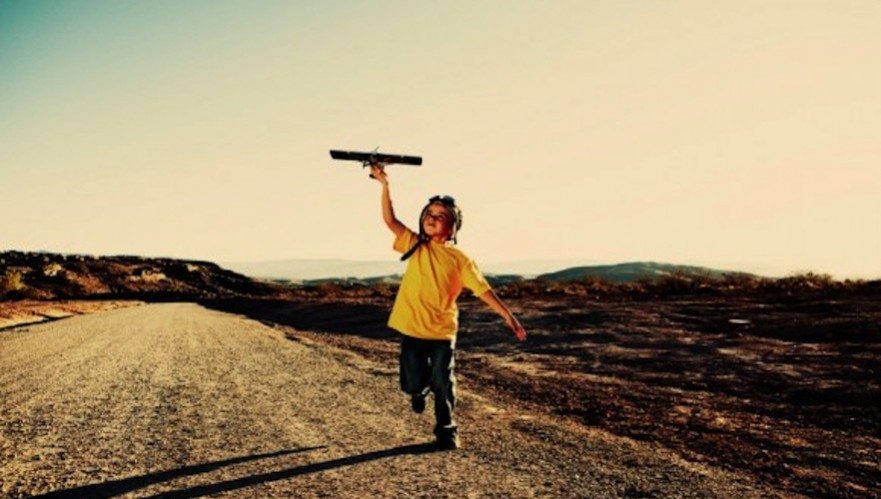 An interview with Lenore Skenazy

On a recent walk with my first grade daughter – in the neighborhood where I grew up and roamed free – she disappeared. It started as an innocent game. She wanted to walk enough ahead of me to feel as if she was walking alone. But then as I turned the corner there was an eery silence. My heart raced. She was nowhere to be seen, and she wasn’t hiding. Within a minute, I had formed a search team of strangers, having waved down three cars to help me scour the neighborhood. I corralled a group of bikers to comb through each house, driveway, and bush. I frantically ran the three long blocks back to our house hoping she’d be there. Which she was. When I spoke to her about the scene she had caused by not telling me where she’d gone, she felt terrible and then explained “I just wanted to know what it felt like to be more independent.” And (though still furious and overwhelmed by it all) I totally understood. Some of my favorite childhood memories were spent on my own, outside. Testing my limits. Climbing trees. Away from parental supervision. When do kids today get to experience that independence? When do they fall down and skin their knee? Or walk to school alone? It really got me thinking: do we protect our kids too much? Is this world so dangerous and unpredictable that we need to keep our kids close with our watchful eyes on them always?

We spoke with Lenore Skenazy, author of “Free Range Kids,” who advocates loosening up the parental safety reins. We’ve had some interesting debates about this over here, and we can’t wait to hear from you.  — Abbie Schiller, President and Founder

What is the attitude of a Free-Range parent?

A Free-Range parent looks back to how he/she was raised, and recognizes that since crime today is lower than in the 70’s, 80’s, and 90’s, we can give our kids the same kind of childhood we had.

What does a Free-Range parent do with their child in the afternoon when school is out?

So, the afternoon might be allowing the child to play on the lawn, while the parent is in the house – not within arm’s reach. There’s a big marketplace out there trying to convince us that our children are less safe and less competent then they really are. An example of that is baby knee pads. The idea being that your child can’t possibly tolerate the pain of crawling. Another example is taking your child to music class at six months old. The idea being that singing to them, or humming along to a CD, or playing music in the home is not enough to enrich them musically. The idea that there always needs to be an expert or thing to provide extra stimulation for the child because otherwise the child won’t develop enough. There’s a deep-rooted insecurity in their own child’s normalness, and your ability to parent.

So, what about the parent that feels safer being close to their child at all times?

Well, parents come by this attitude honestly. I never blame the parent – we’re steeped in a culture that has a 10,000 item Babies-R-Us, a culture that has 10,000 reasons to make you feel insecure and afraid. If you turn on the TV, you’re gonna be shaking in your boots. The media overstates the dangers because they have something to sell – a class, a toy, a product, or a TV show. But, you’d have to be dead to be inured to this ploy; we’re swimming in a culture of fear.

By Free-Range parenting standards, what is an example of over-parenting?

The idea that you have to put a GPS device in your child’s backpack, or hook them up to an alarm that goes off if they get farther than 10-20 feet away from you at the mall. I mean, it’s an unbearable feeling to lose track of your child, and then find them two minutes later. But, these products prey on the encouraged belief that if your child gets away from you, your child will be killed or kidnapped.

What are the stats on child predators/kidnapping?

Very low. The latest national statistic I have is 115/year for “stereotypical kidnapping” — i.e., kidnapping by a stranger, who drives off with the victim. Most kidnapping is done by a custodial parent. Think about this, from 1990-1998, the murder rate went down in the US by 20% — a wonderful and massive drop. But, during those years, the rate of reporting murder on the news went up by 600%.

What about, for example, leaving your children in the car while you drop a package off at UPS — door to door it’s 25 feet and should take no more than three minutes? Safe?

We overestimate the dangers to our kids. There are examples of carjackers, who upon realizing there are children in the vehicle, abort the crime and flee. There’s an irony about the belief that you should take your child in. The hazard of walking your kids from the car to the UPS door, namely moving vehicles, is far more of a danger than leaving them in the car. I mean if you want to imagine a horrible violent crime, how about the holdup at the UPS office? There’s this notion that having your kids with you at all times makes them safer. Not true. Your children are safe beyond belief in the car.

It’s a calculated risk then?

Yes, it’s a calculated risk, but in this situation, it’s an easy decision to make, because the risk is infinitesimal, practically incalculable. These days, people have a hard time determining risk due to the media onslaught of horrendous crimes inflicted on children, and newscasters signing off with “Parents, don’t let this happen to your kids.” The one crime that happens to one child somewhere in the world becomes the cautionary tale that all parents learn from? It doesn’t make any rational sense. These isolated and rare crimes are not instructive. Here’s a question:  how long would you have to leave your one (and not two together, because that would never happen) child alone, unattended to have him/her kidnapped and kept overnight? Warwick Cairns, who wrote the book, “How to Live Dangerously,” crunched the numbers for me and he says the answer is 650,000 years. It’s so rare. It’s like asking how many lottery tickets would you have to buy, and yet we have lotteries in all these states. People are really bad at calculating risk. 1 and 1,000,000 is perceived as the same as 1 in 100.

What I’m saying is common sense needs to be applied to the choices parents make, not “Worst First Thinking.” “Worst First Thinking” is going to the worst possibility first, and then proceeding as if that scenario is inevitable. Now, if you can’t trust your child to stay in the car while you run your quick errand, then by all means, take your child with you! Or, if the weather is dangerously hot or cold, do not leave your child in the car!

I bet your mom left you in the car with books or toys or a little snack.

Actually, she did! Could you name a few examples of how parents can loosen their safety reins?

So, what do children stand to lose and gain by the Free-Range style of parenting?

What a parent might lose is some friends whose style of parenting might not mesh with yours. Parents who feel you aren’t involved enough in your child’s life.

What you gain is independence for both generations. This is not about shaking off those pesky kids. This is about imbuing your child with a sense of capability to live and thrive in this world, and to accomplish things on his/her own without the assistance of mommy or daddy. This is the greatest gift you can give your child.

Lenore Skenazy is a syndicated columnist and author of the book “Free Range Kids: How to Raise Safe, Self-Reliant Children (Without Going Nuts with Worry.)” She is also in production on a reality TV show about how to help overprotective parents loosen the reins on their children. She has two teenage children.

The Mother Company aims to support parents and their children, providing thought-provoking web content and products based in social and emotional learning for children ages 3-6. Check out the first episode of our DVD series, “Ruby’s Studio: The Feelings Show,” which teaches children how to express their feelings. We want to be a parenting tool for you!